The past couple of weeks, I have found myself intimately invested in our conversations in class. I tried to articulate some of the things that were going on for me – apparently with some success (thanks for the shout-out, Lindsey! Right back at you!) – but I’m going to use this as a space to work through some more thoughts. I’m going to do this by attempting to interweave our discussions of Planned Obsolescence and the Agrippa files.

Something that has persistently stuck with me about our conversation two classes ago (Planned Obsolescence and open access) was the ways that so many of us insisted that open access is a proverbial enemy of the academy. We risk diluting the power and importance of our work, I kept hearing, if we open up access to academic literature. I agree: open access does threaten current power and notions of importance. It’s just… I like that. I don’t feel threatened by that. I feel invigorated by that. I think the educational privileges we all have in our class should be not only opened up, but dismantled. Which people and systems benefit from reinforcing an elite set of knowledges and an elite set of privileges attendant with guarding academic knowledge from “the public” (what does that even mean?)? I would argue that the answer to that is a very race- and class-based one in which racial and class injustices are perpetuated by limited or closed access to academic spaces.

Open access helps academic knowledge and discourse not slip into the realm of the obsolete. And it is obsolete if we are insisting on our research remain solely in the purview of other educationally privileged academics. And, without open access, the obsolescence of academia is planned (look! A connection between our readings!), is deliberate, is designed. Academic work can be solid from the academy’s perspective, but obsolete in the fact of it slipping out of relevance if it doesn’t somehow have material effects on people’s lives. And open access not only permits these material effects by allowing people who don’t necessarily have the educational or economic privileges needed to access materials to encounter potentially transformative academic content, but – perhaps most importantly – allows the lived experiences of people’s lives to impact the actual content of academic work. Isn’t that awesome? If we don’t advocate for that, aren’t we privileging only certain kinds of elite knowledges as valid knowledges? Let’s check out the academy in general, and the structures of racist and classist oppression that shape it and who can participate in it. Whose knowledges does that mean we’re privileging? (Hint.) My point is, open access can be a crucial tool for promoting racial and economic justice, in the same way that closed/limited access perpetuates these injustices through legitimating only certain kinds of knowledges and languages.

This seems to me to be intimately connected to the ways that we discussed the Agrippa files. As Lindsey so deliciously articulated (I kind of just want to re-post her whole thing), Agrippa represented a mode of resistance to the expected norms of textual re-presentation and interpretation. We privilege what we can take our time with, what we can read back and watch back and analyze again and again. Temporally, this seems to me to de-privilege moment-by-moment experiences and living – moments that cannot be recorded, cannot be captured, cannot be made intelligible to an audience – as less important than what can be made recordable and therefore visible and (possibly) intelligible to someone else (someone academic) for analysis. Here, there is so much potential for art and performativity to intervene, and I love that… The flash of individual experience; the invisible, momentary interactions with non-textual encounters; the internalized trauma of microaggression after microaggression that cannot be recorded because these violences defy such simple identification; the e/affects aroused by snippets of songs, flashes of color, and secret eye sex with a maybe-more-than-friend; these are what we miss out on when we privilege what can be recorded, what can be archived, what can be examined over and over again.

This discussion of Professing Literature: An Institutional History by Gerald Graff[1] is based on the idea that, as stated by David Gillborn, “the most dangerous form of ‘white supremacy’ is not the obvious and extreme fascistic posturing of small neo-nazi groups, but rather the taken-for-granted routine privileging of white interests that goes unremarked in the political mainstream” (485).[2] This subtle, heightened form of white supremacy can be found easily throughout the history (and contemporary) teaching of English in the United States, yet – disturbingly – in his history of English studies in the U.S. academy, Graff elides and sometimes even excuses this racism.

Graff paints an idealized history in which the field-coverage principle[3] allows for the accommodation of “disruptive” areas such as “contemporary literature, black studies, feminism, Marxism, and deconstruction” without “paralyzing” the whole of the department (7). (Ableist use of dis/ability as a metaphor aside, shouldn’t the goal of these areas and methods of study be precisely to disturb the entire department structurally, rather than to merely be ‘tacked on’ to avoid challenging anyone’s privilege?) He writes that newer (and presumably, according to his analysis, less racist) critics in English will encounter protests from “senior” (and presumably, according to his analysis, more racist) faculty members, but when these people (men) retire, “his replacement [will] most likely [be] somebody who had quietly assimilated the [new] critical methods, with the offensive prejudices smoothed away” (194).

The narrative this creates is one of relentless positivism: it creates a story in which the history of English teaching is shaped by a linear progression of always getting better, always getting less racist, misogynist, etc., simply by the progression of time and the waiting for racist, misogynist, etc., faculty to retire. This is enormously problematic, as is any argument that constructs history as a progressive “it gets better” (Dan Savage? Ick!) narrative.

(“‘The civil rights movement happened, Obama got elected, hooray, let’s all be ‘colorblind’ and postracial!’

‘NO. BECAUSE MASS INCARCERATION THOUGH.’”)

Equally alarmingly, Graff dismisses concerns about the whiteness and maleness and straightness and ableist-ness and middle classness and need-I-go-on-ness of the literary canon. He comforts readers by claiming that, “it was up to each instructor (within increasingly flexible limits) to determine method and ideology without correlation to one another” (9). In other words, a hegemonic canon is fine, because you never know who’s teaching it: you might have an anti-racist professor in there somewhere, and that makes it all better. Oddly enough, Graff acknowledges later that there is a question of “whether the effectiveness of teaching can be fairly measured apart from the institutional forms that shape it” (227). Surely not. Surely an evaluation of all teaching is subject to an evaluation of the institutions in which this teaching occurs. And if this is the case, it is a problem greater than relying on individual teachers to subvert it that the canon is what the canon is, with the occasional obligatory Baldwin and the rarer, partially obligatory Walker tacked on.

Tacking on has been a revolutionary, radical starting point – for example, adding women’s studies programs into English programs, as Graff mentioned above – but that is what it has been: a starting point. We cannot write off the vast history of oppression within English education (and education more broadly) – Who are most of our professors? What texts do we make our students read? What dialect of English do we make them write in? Who has and has had unfettered access to “higher” education,  anyway? – by taking permanent solace in a starting point. 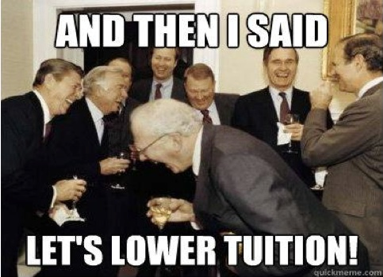 So what do I propose? That any history of English education in the U.S. examine that history through postcolonial, queer feminist, and critical disability lenses. The results will be more complicated than narrating the debates between white men over the years (which is most of Graff’s book), but such a reading would also be infinitely more rewarding.

[3] This principle states that the prominence of different fields within English departments encourage an expanded breadth of coverage of topics while discouraging interaction between interrelated but discretely listed fields (6-7).