I’m working on a book chapter on the intersections between animality and dis/ability in the movie Maleficent (super exciting, right?!), so this annotated bibliography emerges mostly from the beginnings of that research. As you might notice (or have picked up on in class!), I’m interested in privileging “non-scholarly” texts, and my interest in the theoretical productions of Temple Grandin’s memoir(s) here is something that I hope can approach that de-privileging of “scholarly texts” and the elevation of “non-scholarly” works and knowledge formations. Onward! 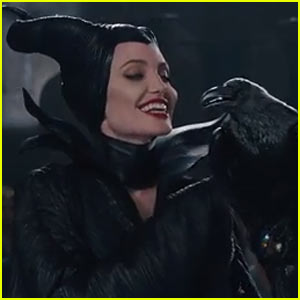 This dissertation mostly focuses on the intersections between women’s bodies and dis/abled bodies. Clark’s chapter focusing on J.M. Coetzee’s female characters who “speak for those who cannot speak for themselves” (in respective cases, a dis/abled human and factory farmed non/humans) argues that Coetzee’s texts promote “voicelessness” as a “force” rather than a passive object, something which ‘voiceness’ cannot hope to accurately represent. This argument is salient and has been used to great effect by people like Temple Grandin, who assert silence and multiple forms of communication as equally valid. The connections here between animality and disability is clear, and this is one of the crucial points I am interested in drawing forth in my own work.

Refiguring her “disability” as an enabling force of understanding between non/humans and humans rather than a disabling obstacle, Grandin deconstructs the binaries of human and nonhuman, ability and disability. Her methodology breaks down these binaries in a way that makes the intersections between species-based and ability-based oppression extremely clear. The use of memoir as the form through which to make these powerful material and theoretical interventions reinforces Grandin’s points about the damage done by privileging only certain, recognized forms of communication. By presenting such valuable theoretical arguments in the form of a memoir, Grandin performs exactly that which she is calling her audience’s attention to.

This article analyzes the rise of “cute animals” in online spaces. Paying particular attention to “cute disabled animals”, Laforteza explores the underlying lack of regard for dis/abled and non/human subjectivity and agency implicit in the popularization of these objectifying and commodifying images. This can be useful for my own work in that it explicitly critiques the “positive” objectification of both dis/ability and animality – while at the surface, the “cute animal” phenomenon seems like it is positively representing animals, it does tremendous harm (much like Robert McRuer’s analysis of dis/ability in As Good as it Gets).

In his analysis of advertisements for a UK-based documentary “Special Needs Pets,” Mills discusses the interconnections between the treatment of humans with disabilities and animals vis a vis the documentary’s portrayal of non/humans with dis/abilities. While he examines the potential of the documentary to (inadvertently, it seems) unsettle definitions of disability, he also critiques the documentary as a call to objectify people with dis/abilities as comic relief. This “comic relief” was provided by the raven character Diaval in the summer film Maleficent, so this article might prove very useful in my and Carrie’s analysis of dis/ability and animality in that film.

In taking a distinctly liberal approach (as opposed to the more radical approaches of much of critical disability studies) to disability studies, Nussbaum offers a call for equity based not on a social contract (which cannot be valid between people[s] without equal power), but on someone’s “capabilities,” Nussbaum unites discussions of animal studies and of disability studies in one text. While doing so, she advances a claim for cross-species equity as an issue of social justice. Though her insistence on liberalism hinders the usefulness of her analysis, her specific attention to “capabilities” has the potential to work in a radical space of redefining power relationships by access-based, socially-formulated material realities.

This article argues that any posthumanist study of non/humans and humans should not set itself up at the binaristic opposite of humanist studies. Rather, posthumanism should be understood as a new way to pose questions about what it means to be human, opening analyses up for more generative questions about the value of divisions between human and other-than-human beings, rather than getting preoccupied with questions of whether “the human” no longer exists (if it ever did). Calling out this preoccupation is essential in a field that often does get too caught up in the definitional boundaries of “humanity” rather than pushing the concept to its absolute limits to generate new kinds of knowledge and materialities.

This article takes as its starting point conflicts between autistic pride and animal rights discourses, using Peter Singer’s “Argument from Marginal Cases” as a point of departure. Salomon ultimately argues that increasing our understanding of the “linked oppressions” of humans and nonhumans will enable a diffusion of tensions and a fruitful means of moving forward. Taking two fronts that are generally considered marginal – dis/ability activism and animal activism – and uniting them, not by nature of their marginality, but by nature of the intimate linkages between the forms of oppression that define them, Salomon performs an important theoretical intervention into activist scholarship, which I hope to continue in my work.

An analysis of representations of dog-human relationships in modern literary imaginings, this article explores the mascot-ification of the dog figure that accompanied the late capitalistic fetishization of animal representations of human aspirations and desires. The correlation between humans and dogs produced in the real world is reflected in and perpetuated by literature, which often portrays dogs as more successfully performing humanity than humans. This work can be particularly helpful when analyzing (which I am not doing, but I know other people are interested in this) Victorian literature that deals with “domestic animals.”

Weil, Kari. “Killing Them Softly: Animal Death, Linguistic Disability, and the Struggle for Ethics.” Configurations: A Journal of Literature, Science, and Technology 14.1-2 (2006): 87-96.

Using the work of author Temple Grandin to help her formulate her arguments, Weil asserts that Grandin’s notion of human vision screening profoundly connects literary, disability, and animal studies. Framing human language as an obstacle rather than a portal to knowledge, Weil unsettles the ableist and speciesist notion that non-lingual communication is indicative of ‘lower-level’ communication. Intervening at the level of the literary, Weil makes the important move of bringing the animal-dis/ability discourse into the discourse of the ethics of language usage in writing, speaking, and classroom teaching.

Wolfe, Cary. “Learning from Temple Grandin, or, Animal Studies, Disability Studies, and Who Comes After the Subject.” Mars 27 (1994): 12.

Also utilizing the work of Temple Grandin as his premise, Wolfe argues that the sub-genre of people with dis/abilities who write about the dis/ability as an ability to enhance communication with non/humans has extremely generative power at the intersection of disability and animal studies. These works push scholarship forward beyond liberal humanism. Additionally, these works give true meaning to the linguistic formation of dis/ability and non/human (as opposed to disability and nonhuman), because they offer material (rather than strictly theoretical) objections to the portrayal of dis/ability as solely disabling (hence the insertion of the slash, which problematizes that assumption).